TL:DR – For a newcomer to Linux, likely starting out with Ubuntu or Linux Mint, installing applications that are not part of the Software Manager or Synaptic Package Manager catalog for the chosen distro is not always intuitive at first. I take a rather long look at how to get Sublime Text 2 properly installed on your machine, and do my best to explain what is going on, rather than simply provide terminal entries to copy and paste. I would be happy to hear from experience Linux users about how I might improve, or where I have explained something poorly.

UPDATE: 8/25/2013: There is now a new article available with slightly different instructions on installing Sublime Text 3, currently in beta but recently made available to the general public. Sublime Text 2 is still the current stable release. However, the version 3 beta seems quite workable.

A few months back, I decided to expand my horizons and explore Ruby and Rails. I also decided that I would do so in the more native Linux environment, rather than go the Ruby-on-Windows route. This was one of the best decisions I have made in terms of developing my skills and experience as a programmer. 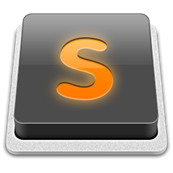 The learning continues. I started with Linux Mint 13, which has a friendly enough GUI, but for most of what I am doing, I try to use the Bash CLI as much as possible. I’ve never been very comfortable with the command line, and so long as I am learning a new language, in a new OS environment, I figured it was time to overcome that limitation as well.

If you are an experienced Linux user, there is probably nothing here for you. This is really basic, and yet I had to look around and cull some information from a variety of sources in order to figure out how to do this.

Unless you have been in a coma, you have no doubt at least heard of Sublime Text 2. Sublime Text 2 is a cross-platform (Mac/Windows/Linux), highly customizable text editor with an outstanding compliment of features. I have found it to be my preferred, go-to tool for text manipulation. While it is not an IDE, Sublime Text presents sufficient IDE-like features that for many purposes, you won’t miss the extra cruft. Also, of course, in many programming communities (Ruby, JavaScript), code is more often written in a text editor.

Sublime Text 2 is not currently part of the Synaptic Package Management system on Linux Mint (or Ubuntu). Therefore, there is no magical apt-get install command as you might use to install other software on your Linux system, so we have to do a little more work.

If you are not as familiar with Bash command line as you would like, see my previous posts. While these were written in the context of using Git for Windows developers, the basic Bash commands are explained:

This method is described on the Sublime Text Site/Support/Linux/Installation page. Simply open a terminal in the directory you use for applications, and enter the following command (use the appropriate version fro your machine):

9/10/2013 – UPDATE: It is apparently considered a best practice to locate general third-party applications such as Sublime Text in the root-level /opt directory, something I did not know at the time I wrote this article. I have updated the instructions and example below to reflect this.

Then you can add a sym link to the executable file with a short name for convenience (it seems to be a convention to use the alias “subl” for ease of use from the terminal. The executable file will be located in the extracted Sublime Text 2 directory. For example, if you extracted the .tar contents into the directory /opt then the sublime_text executable will be “/opt/Sublime Text 2/sublime_text” (since there are spaces in the directory name, we need to use quotes around the path).

The above method is easiest, but does not leave you with a convenient way to update Sublime Text in the future short of removing the current installation, re-downloading, and re-installing. There is an arguably better method, which relies on the Personal Package Archive system.

Canonical, the company which supports Ubuntu, has created the Launchpad.net site which, among other things, hosts a repository for Personal Package Archives (PPA’s). Here, individuals and teams can upload their own software and installation packages, and it is possible to find deployment packages for software that is not included in the Ubuntu or Linux Mint Synaptic Package Manager for your specific distribution. It is also possible to add the PPA to your Synaptic catalog, so that you can then run apt-get install, apt-get update and the like to keep your package up to date.

Or, at least as up to date as the package maintainer at Launchpad keeps theirs.

The WebUpd8team at Launchpad has created (among other things) a PPA for Sublime Text 2 which is up to date with version 2.0.1 as of this writing. To add Sublime Text 2 to your Synaptic catalog, and install according to the install script published with the PPA, follow these steps:

Add the Sublime Text 2 Repository to your Synaptic Package Manager:

8/23/2013 UPDATE: If you are installing the Sublime Text 3 Beta as discussed in the update above, use this command instead of apt-get install sublime-text:

Create alias files (if not present):

There you have it. You can now use Sublime Text 2 from you command line. Also, you should see it available in your GUI in the applications menu.

This has been a long post about a relatively simple operation. My goal has been to explain the concepts as fully as possible, under the assumption that there are those out there, like myself, new enough to Linux to need the extra handholding. Thanks for reading!

Is Duck Typing a Type System, or a Way of Thinking?

Setting Up Linux in a Virtual Machine for Windows Users