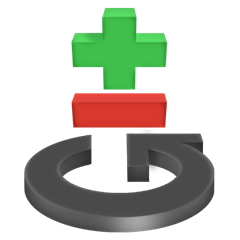 While there are GUI interfaces available for GIT (some good, some bad), familiarity with at least the basics of git’s command line interface can only enhance your ability to use the tool to maximum effectiveness. Since I am relatively new to git and version control in general, I set out to learn the basics of the git command line. In doing so, I found it handy to keep a list of the commonly-used commands nearby so that I didn’t have to keep Googling.

In this post, I am going to cover the very basic set of commands one might require to effectively navigate and maintain your source repo using only the git Bash command line interface. Probably, in creating this post, I will not need to look at this again, as the sheer fact of composing this list and explaining it all will burn these into my brain forever. On the other hand, if I am ever unsure, I will now have a place to come look!

NOTE: The references here are by no means comprehensive. I have included the basic commands required to get started, and the commonly used options for each command. There is a wealth of additional information available on the internet, and I have included some helpful reference links at the end of this post.

To more easily find what you might be looking for, here are some links to specific sections of this post:

Working with the file system

Configuring Git and Creating a Repository:

Undoing Changes and Working With Tags

First off, note that Git Bash is a *nix application (Unix/Linux), and expects inputs according to *nix conventions when it comes to file system navigation. This is important when using Git on a windows system, because we need to mentally map the familiar Windows directory notation to Unix format:

When we are going to provide an input string with no spaces, we need do nothing. However, strings which contain spaces must be enclosed in quotes. Remember this. Personally, I just use quotes around strings in general.

The file system in *nix systems is set up a little differently than in Windows. Git Bash assumes the existence of a “home” directory for each user. In Windows, the default is your personal user folder. This folder is where Git Bash opens by default. Typing only cd after the command prompt will always return you to the root level of the home directory.

The basic command syntax for a git Bash Command is:

Also note that git Bash is case-sensitive, and spaces count. For Example, the common command to change to another directory is cd. This is NOT the same as CD or Cd.

When portions of a command are optional, we will note this by enclosing them in square braces:

In the above, we do type the square brackets.

For our purposes here, when we are presenting command syntax examples, we will denote user-provided values between angle brackets:

In the above, we do type either the square or angle brackets.

Navigate to the Home Directory (Default folder for the current user):

Navigate to a specific folder in the file system:

Navigate to a specific folder in the file system (if there are spaces in the directory path):

Go back to the previous Location:

Move Up One Directory Level:

In the above, the cd command is followed by a space, then two period with no space between.

The above will display the contents of the current directory as a horizontal list. Not real convenient.

List the contents of the current directory, one item per line:

That’s better. Note, however, that we can only differentiate files from subdirectories based upon the file extension.

List only the subdirectories (folders) within the current directory:

The above gives a swath of information. Also, subdirectories are differentiated by the first column (begin with drwxr instead of -rw)

List all contents, including subdirectory contents, single item per line:

Create a folder in the current directory (without spaces in the folder name):

Create a folder in the current directory (with spaces in the folder name):

Create a folder at the specific directory path:

Create a folder at the specific directory path, and create parent directories as needed:

Create a folder at the specific directory path, create parent directories as needed, and print a description of what was done in the console window:

(NOTE: FileName can include directory. Default is the current directory).

Create a single (empty) text file in the current directory:

Create a single (empty) text file in the specified directory:

Append text to a file. If the file does not exist, one is created:

Overwrites text in a file. If the file does not exist, one is created:

Overwrites text in a file at the specified location. If the file does not exist, one is created:

-I (or –interactive) = Prompt before removal

-v (or –verbose) = Explain what is being done

Remove the specified file from the current directory (no spaces):

Remove the specified file from the current directory (with spaces):

Prompt for confirmation before remove the specified file from the current directory (no spaces):

Removes the specified file and reports what was done in the console window:

Removes the specified folder if empty. Operation fails if folder is  not empty:

Removes the specified folder and all contents:

Set the global User.Name value for the current user on the system:

Set the global User.Email value for the current user on the system:

Show me the current values:

The following return the current values for the user.name and user.email properties respectively and output the values to the console window:

Print the current global User.Name value to the console window:

Print the current global User.Email value to the console window:

-A (or --all) = Add all new or changed files to the staged changes, including removed items (deletions)

-u = Add changes to currently tracked files and removals to the next commit. Does not add new files.

. = Adds new or changed files to the staged changes for the next commit, but does not add removals.

Note that git add -A is semantically equivalent to git add . followed bygit add –u

-p = Interactive add. Walks through changes in the working directory and prompts for add

Add all changes in the working directory to the next commit, including new files and deletions:

Add all changes to tracked files and all new files to the next commit, but do not add file deletions:

adds all changes to tracked files and all file removals to the next commit, but does not add new files:

Walks through changed files and prompts user for add option. Does not include new files:

Remove the specified file from the next commit:

-a = Commit all changes to tracked files since last commit

-v = Verbose: include the diffs of committed items in the commit message screen

--amend = Edit the commit message associated with the most recent commit

Commits the changes for the specific file(s) and includes the commit message specified:

Note that Git requires a commit message. If you do not provide one using the -m option, you will be prompted to do so before the commit is performed.

Commits all files changed since last commit. Does not include new files.

Adds all changes to the previous commit and overwrites the commit message with the new Message Text. Does not include new files:

NOTE: As used here, RemoteName represents a local alias (or nickname) for your remote repository. The name of the remote on the server does not necessarily have to be the same as your local alias.

Add the specified remote repo to your git config file. The remote can then be pushed to/fetched from:

Print information about the specified remote to the console window:

Create a new branch starting at the some point in history as the current branch:

Note that this creates the new branch, but does not “check it out” (make it the current working branch).

Switch from the current branch to the indicated branch:

Create a new branch and switch to it from the current branch:

Note that StartPoint refers to a revision number (or the first 6 characters of such) or an appropriate tag.

Merge the specified branch into the current branch and auto-commit the results:

Merge the specified branch into the current branch and do not commit the results:

Updates the remote server with commits for the specific branch named. This command is required to push a new branch from the local repo to the server if the new branch does not exist on the server.

Retrieve  any commits from the server that do not already exist locally:

NOTE: git fetch retrieves information from the remote and records it locally as a branch in your current repository. In order to merge the new changes into your local branch, you need to run git fetch followed by git merge. Since there may be more than one branch on the remote repository, it is necessary to specify the branch you wish to merge into your current branch:

Merge the newly fetched branch from the remote into your current working branch:

Using fetch before merging allows you to pull changesets in from the remote, but examine them and/or resolve conflicts before attempting to merge.

Fetch changes from the specified branch in the remote, and merge them into the current local branch:

--hard = undo everything since the last commit

--hard ORIG_HEAD = Undo most recent merge and any changes after.

Undo everything since the last commit:

Undo most recent successful merge and all changes after:

Undo most recent commit but retain changes in staging area:

Create a tag at the current revision:

Create a tag at the commit specified by the partial checksum (six characters is usually plenty):

Create an annotated tag at the commit specified by the partial checksum:

Push tags to a remote repository:

Print information about a specific tag to the console window:

Almost all of the information presented above represents a “toe in the water” sampling designed to get started. There are plenty more commands for use both within Git itself, and from the more general Bash command line. Additionally, most of the commands listed here have more options than I have included. I tried to keep this simple, as a reference for myself, and for whoever else may find it useful to get started with the basics.