We’re from the government. We’re here to help.

There is a war going on with respect to the internet, but it is not the war most people think it is. We hear concerns about digital piracy from the entertainment industry, the RIAA and MPAA in particular representing the most vocal representatives. We hear rumblings from the publishing industry, as the printed word begins to decline relative to digital content. And we see ever-increasing numbers of consumers spending more and more of their income through on-line purchases.

We hear concerns about security and privacy, and the need to essentially “protect” the user from predatory companies which seek to exploit the user data for commercial gain. The current explosion in “Social Networking” and “cloud computing” has set the stage for the next big struggle. Large software companies, hardware manufacturers, and web-based social networks, creating what they call “ecosystems” and what many others call “walled gardens” represent the next battleground in the war. 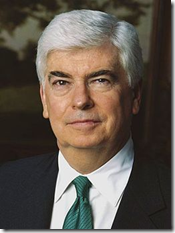 The RIAA and the MPAA, arriving late to the party, have finally figured out that the internet is the content delivery mechanism of the future. The entertainment industry is in the content delivery business, and for decades have controlled most aspects of how we access, choose, and pay for their goods. They are not going to sit idly by and watch the empire crumble. And because they missed the boat at the beginning, it is too late for them to grab the early foothold the needed in order to bring something fresh to the game. So they will fall back on what they know. Lawyers, lawsuits, and lobbying.

The MPAA, in the news of late due to its heavy lobbying investment (failing) to pass the SOPA and PIPA legislation, has in its CEO the perfect, iconic representation of the problem at hand. Former US Senator Chris Dodd, barely out of office, seems to land himself the cushy gig of CEO to the Motion Picture Association of America. Is this because of his imminent qualifications and experience in the motion picture industry? I think not. It is because of his political connections, and favors performed while in the senate. By now, most are familiar with Dodd’s poorly-conceived response following massive protest of the SOPA/PIPA legislation. But this is how they are trying to play it.

Now that the internet represents the obvious distribution mechanism for all levels of content, and provides smaller publishers an equal platform on which to compete, the media companies are running scared. The war is not truly about piracy. Piracy is a very real problem, for these and other industries. However, it is not going to go away, despite new legislation or enforcement efforts. The war is, at its core, for control of the internet. Media companies have controlled the radio, television, and cable airwaves for decades. The internet, representing the ultimate replacement of those delivery mechanisms, is now the primary target.

Mark my words. While piracy, copyright, and patent protections are the buzzwords of the moment in this war, it is only the beginning. Think about this. If the realm of the internet is made “safer” or “protected” for rights holders at the expense of the overall freedom, we have lost. In 10 years time, if we allow it to happen, the internet will look a whole lot more like the broadcast television spectrum of the ‘70’s and ‘80s, and the cable networks of the ‘90s. Big media will dominate, and control most of the space. There will likely be some “fringe” domains in which “public access” occurs, but the bulk of the web will be all about big media and advertising.

The large corporate interests will accomplish this through heavy lobbying, for progressively more restrictive legislation which “protects” the interest of rights holders at the expense of our (the public) freedoms. It won’t take long before the costs associated with domain applications, the inevitable licensing requirements, and compliance will be so great that the average user will find the barriers to entry too high.

Arguments about piracy, privacy, security, and the safety of the “social web” are all very real and very valid concerns. However, in the next few years, these terms will be bandied about by large corporate interests, inside and outside the hallowed halls of legislatures, boardrooms, and smoky back rooms with the general goal of re-purposing the web infrastructure. If we, the public, allow ourselves to buy into it, the internet as a free vehicle of personal access, enlightenment, and engagement will cease to exists.

In its place will be another version of “Over 500 channels of crap for just $79.99 per month – some restrictions apply”