Dana White vs. Anonymous: SOPA/PIPA and Due Process

Revenge of the Nerds

In the last week, there has been a most entertaining (and semi-civil) exchange on Twitter between the public face of the Activist group Anonymous and Dana White, President of the UFC (Ultimate Championship Fighting). The discussion escalated to the point of tough-guy talk from Dana White (Like, uh, what else would you expect from the President of the UFC?) and some interesting game-playing on the part of Anonymous. The “Hactivists” posted a link on twitter to a page containing what appeared to be a swath of White’s personal data, including Social Security number, address, and financial data. On Friday, Anonymous attempted to break into the UFC server, and initiated targeted redirects of the UFC.com domain.

“Dana White – what do you have against the Internet? We’re just curious, as we were quite surprised at the harsh tone of your comments . . . do you support what we do, in terms of activism & raising public awareness of critical security/privacy issues?”

Mr. White is a supporter of SOPA/PIPA, and feels that internet piracy is no different than stealing. He would know, apparently, because UFC “pay-per-view” fights are often pirated, depriving the UFC of revenue. The hackers of  Anonymous contend that SOPA/PIPA amounts to censorship and a deprivation of our basic freedoms. On which point I heartily agree.

“The only thing that we’re focused on is piracy. Piracy is stealing. You walk into a store and you steal a (freaking) gold watch, it’s the same as stealing a pay-per-view.”

On the point of piracy I agree with Mr.. White. To a point.

Piracy IS a big issue. Mr. White, and all those whose livelihoods are impacted by piracy are understandably pissed. And, no, it really does not matter that some of them may be really, really rich already (Mr. White is pretty well off). Stealing is still stealing, and it is wrong and illegal.

According to White: “The only thing that we’re focused on is piracy. Piracy is stealing. You walk into a store and you steal a (freaking) gold watch, it’s the same as stealing a pay-per-view.”

And that is true.

“I love the Internet. It helped us grow our biz. Stealing is stealing! And hacking into people’s (expletive) is terrorism . . . I’m a fight promoter. I put on fights. People are stealing my shit on the net and selling it or selling ads on it.”

SOPA/PIPA, and any other legislation which allows the government to block or takedown entire IP addresses and remove domains from the DNS system is that, under SOPA and PIPA, due process has been circumvented. SOPA/PIPA would empower the government to block sites “suspected” or “reasonably believed to be” hosting pirated content with minimal due process, and largely at the urging of large media companies and content providers. 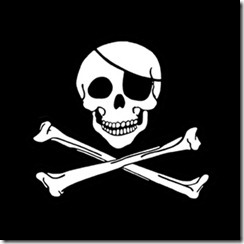 Mr. White, I feel your pain. Piracy sucks, and needs to be addressed. However, compromising the basic freedoms of the internet is not the way to do it. The unfortunate truth is that, like any other criminal enterprise, online piracy will continue in spite of any government intervention. Like any other criminal enterprise, we the people must fight within the confines of law and order, while the criminals are not so constrained.

Increased regulation, especially of the sort offered by SOPA/PIPA would most definitely impact the internet as a whole, however. Now that Mr. White and the rest of Hollywood have begun to realize the profit potential of the internet, they and their cohorts in the Congress are also suddenly interested in seizing as much control of the internet as possible.

As I related in an earlier post, there exists the very real possibility that by the end of the decade, the internet as we know it will no longer exist. After all, the same media companies which brought you the “Big Three” broadcast television networks (ABC, CBS, and NBC), and the same providers who have dominated the cable television industry have now seen the future of content delivery. And that future is the internet.

In the past decade, the internet has exploded with user-generated content. The medium is such that just about anyone has been able to create a blog, or publish a video, or create an online forum, etc. Hosting has been cheap or free, and there are few barriers to entry. We were all just fine without streaming UFC fights and Hollywood movies.

If the government and Hollywood become the heavy players in this space, you can kiss all that goodbye.

I say again – Mr. White, I feel your pain. It sucks to be stolen from, whether you are rich or poor. But let’s not destroy the very thing that makes the internet great. If SOPA and PIPA had been passed into law, your pay-per-views would still be stolen. Pirates would still make new release movies available, both on the web, and on DVD. Thieves are very clever, and they don’t play by the rules.

I urge you all to adapt and innovate. As Apple, Netflix, and Amazon have aptly demonstrated, a user-friendly experience at the right price will win the day with handsome profits. And without forcing the customer to buy bloated programming “packages” which include two channels they don’t want for every one they do. Or an entire album, at album prices, to get the two songs they want. Oh, and take some of the money you all have been shoveling into the hands of Congress through your lobbyist middle-men, and use it instead to spearhead investigations. Or to work with tech companies to find solutions which work for everyone, instead of just yourselves.

The key to maintaining your enterprise in the internet era is to jump on board, without destroying the very thing which makes the internet what it is. After all, it was a bunch of geeks and hackers who brought it this far. What right have you to claim it as yours, now?

A Schutzstaffel for Modern America