In the wake of news reports that the National Security Agency (NSA) has been secretly mining data from large internet service providers Facebook CEO Mark Zuckerberg and Google CEO Larry Page both released statements about their respective company’s position on the matter.

While both read like well-thought-out, carefully crafted (but very “corporate”) responses, and appear to support the notion that neither company actually participates in a program like the alleged PRISM, both statements also read like thinly disguised paraphrases of the same script. You know, almost like they were being spoon fed.

Both companies also appear to craft their statements using very carefully chosen language. From Zuckerbergs post on Facebook (Emphasis mine):

“Facebook is not and has never been part of any program to give the US or any other government direct access to our servers. We have never received a blanket request or court order from any government agency asking for information or metadata in bulk, like the one Verizon reportedly received. And if we did, we would fight it aggressively. We hadn’t even heard of PRISM before yesterday.”

And now, From Larry Page’s post, released shortly prior to Zuck’s statement (again, emphasis mine):

“First, we have not joined any program that would give the U.S. government—or any other government—direct access to our servers. Indeed, the U.S. government does not have direct access or a “back door” to the information stored in our data centers. We had not heard of a program called PRISM until yesterday . . . Until this week’s reports, we had never heard of the broad type of order that Verizon received“

Interesting that in both instances, each CEO is very specific in stating what their company is not doing. They have not granted the government direct access to their servers. They have never received a blanket request such as that reportedly received by Verizon. If you read the full content of each CEO’s statement you will find that they are essentially paraphrasing each other, or some third source.

When asked whether Apple had joined the joint NSA-FBI data collection program, Apple declined to comment, according to the Huffington Post.

Only with a Court Order? 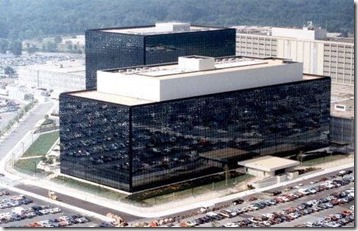 All of the companies that have responded publicly make some form of statement indicating that they comply only with court orders, and under applicable law. Each gives some lip-service to resisting attempts by government to compromise the privacy of users. However, in an article from the Washington Post, legal director of the American Civil Liberties Union states:

“I would just push back on the idea that the court has signed off on it, so why worry? This is a court that meets in secret, allows only the government to appear before it, and publishes almost none of its opinions. It has never been an effective check on government.”

Bad things are happening on the web. Governments around the world seek to monitor and control this invaluable communications resource. Totalitarian governments like those of China and Iran have set the example for what we, in the US, do not want to see happen.

Except, well, it kind of is happening, and has been for several years now.

I understand that, to paraphrase US President Barack Obama, you can’t have 100% security, and 100% freedom, and 100% privacy with zero inconvenience. But the lack of transparency and sheer underhandedness of the US government in this case appears to be not only appalling, but growing by the minute.

It’s not the Crime that Kills You, It’s the Cover-up

We don’t know all the facts at this point, and we likely never will. But paying close attention to the manner in which the big internet providers respond is at the very least interesting, and quite possibly a sign that there is, indeed, more here than meets the eye.

I encourage the Googles and Facebooks and Apples of the Silicon Valley to remember the old political adage: It’s not the crime that kills you, it’s the cover-up.